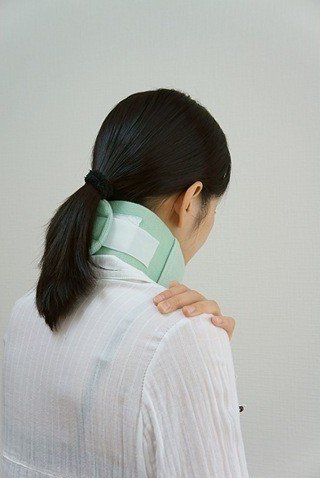 Whiplash can be a deceptive injury, affecting your neck and spine some time after the incident that caused it took place. If you’ve been in a car accident and are now experiencing pain as a result of whiplash, it’s important that you receive the care you need as soon as you possibly can.

At Advanced Spinal Care & Rehabilitation, the spine specialists on our team in Coshocton, Ohio are committed to offering holistic, cutting-edge therapies in order to treat the neck pain you’re experiencing as a result of whiplash following a car accident or other traumatic incident. With our conservative, minimally-invasive approach, we’ll work alongside you to develop a fully customized, patient-first treatment plan that helps meet your individual recovery goals.

If you’re ready to find relief and start living without pain, now’s the time to get the treatment you need. Reach out to Advanced Spinal Care and schedule your first appointment with us today.

“Whiplash” as a term originated in 1928 to describe an injury resulting from sudden hyperextension of the neck immediately followed by hyperflexion. This resulted in damage to the surrounding muscles, ligaments and tendons, especially those supporting the head. Nowadays we take a different view in that we remove the “hyper” part which refers to extension and flexion beyond normal physiological limits. Whiplash now simply refers to an extremely rapid extension and flexion that cause injury. It is the sudden movement that causes the damage, not necessarily movement beyond what we can normally manage.

Considering the ease with which the term is bandied about – normally in relation to insurance claims – few people will be unaware of the problem. For the medical profession, it is notorious for different reasons. Whiplash injuries are often far from straightforward as they involve an unpredictable combination of insults to any or all of the nervous system, the muscles, the joints, and the connective tissues. These are frequently both difficult to diagnose and to treat. Long-term effects can be even more distressing and mysterious. To better understand why whiplash can be so problematic, we need to look at the mechanics of how the injury occurs.

The Four Phases of Whiplash

Whiplash is not confined to the world of rear-ended automobiles but can occur in a fall or while playing sport, for example. However, we’ll look here at what typically takes place in an automobile collision – the most common cause of whiplash injury.

As a vehicle hits the rear of your car, your body goes through an extremely quick and violent acceleration and deceleration, and all four of the phases described below happen in less than half a second. Each phase involves a different force acting upon your body that then contributes to the overall injury, bringing vertebrae, nerves, discs, muscles, and ligaments into the equation.

Phase 1 – Your car is shunted at great speed from underneath you. Your mid-back is flattened against the back of the seat, creating an upward force in your cervical spine (neck) which compresses your discs and joints. As your momentum continues forward with the car, your head flies backward, and this whips violently at your neck. Only a well-adjusted head restraint can help minimize the damage this causes, lessening the backward travel of your head. However, the majority of damage to the spine will already have occurred before your head hits the restraint, and studies reveal that head restraints only reduce injury by 11% to 20%.

Phase 2 – Your torso reaches its peak acceleration of up to twice as fast as the vehicle, but your head is still moving backwards. Your cervical spine is forced into an abnormal S-curve as your seat back springs forward, increasing the speed of your torso even further. The forward seat and backward head then meet in one of the most damaging moments of a whiplash sequence, in which the neck bears the brunt. A lot of the main damage to bone, joint, nerve, and disc happen at this moment.

Phase 3 – Your torso is now settling back down in your seat, and your head and neck are both accelerating forward at their peak speed. This happens as the car is slowing anyway, but this deceleration is aided by your foot planting itself firmly on the brake pedal after possibly lifting off at the moment of impact. This sudden braking severely increases the flexion injury of your neck. Assuming a seat belt is being worn, it now takes the strain of your forward movement.

Phase 4 – The most damaging part of the whiplash sequence now occurs. The seat belt stops your torso but your head continues forward. The neck bends violently with the force, straining muscles and ligaments, tearing fibers in the spinal discs, and forcing vertebrae out of position. Your spinal cord and nerve roots are stretched and damaged, and your brain hits your skull, potentially causing mild to moderate brain injury. Where a seat belt has not been used, your head is free to move forward and strike the steering wheel, dash or windshield, causing even more severe brain injuries.

There are so many variables involved in how an accident occurs, as there are with the individual victim, so it is impossible to predict an exact pattern of symptoms. It may also be the case that injuries are felt within an hour of the accident, or not until weeks or months later. Generally, though, there is an array of conditions that is very often seen after whiplash:

This is the single most common complaint, reported by over 90% of people. Pain often radiates into the shoulders, between the shoulder blades, and into the head. All the tissues in the neck tend to be affected by whiplash, including the muscles, ligaments and nerves, and the facet joints and discs between the vertebrae.

This latter injury is the most common cause of neck pain following a car accident. Facet joint pain is commonly felt on the back of the neck, either side of center, where it’s tender to the touch, but it doesn’t show on x-rays or MRIs. Only physical palpation of that area can point to a diagnosis.

Neck pain that becomes chronic following whiplash is usually caused by disc injury. The bundles of fibers that make up the outer wall of the disc (the anulus) can be torn during a whiplash trauma, which can result in the disc herniating or degenerating. This causes irritation or compression of the nerves that run through the area, triggering pain to radiate into the arms, shoulders and upper back, perhaps also causing muscle weakness.

During the first few weeks after a whiplash injury, the major pain is caused by damage to the muscles and ligaments in the neck and upper back. This is what causes people to become stiff and less mobile, and this abnormal movement and instability is what often remains once the initial pain has subsided.

Headaches follow neck pain as the second most common complaint, affecting over 80% of people. Although headaches can occasionally be the result of direct brain injury, most are triggered by injured muscles, ligaments and facet joints in the cervical spine, referring pain into the head. It is therefore vital to treat the supporting structures of your neck in order to combat any headaches.

Temporomandibular joint dysfunction (TMJ) is a less common disorder that follows whiplash, but can be debilitating if it happens. TMJ manifests as pain, clicking and popping noises in the jaw when it is moved. Left untreated, TMJ can worsen and cause headaches, facial pain, ear pain and difficulty eating. This is a condition for which chiropractors are specially trained, or you may be referred to a TMJ specialist.

Mild to moderate brain injury is fairly common after whiplash, due to the movements as described in the four phases. The brain is very soft and suspended in cerebrospinal fluid, so that when the brain is jolted around in the skull, it can bruise or bleed. Whiplash victims may temporarily lose consciousness or have mild concussion, but more common is a feeling of mild confusion or disorientation following the crash. Long-term effects include mild confusion, difficulty concentrating, sleep disturbances, irritability, forgetfulness, loss of sex drive, emotional upset and depression. In certain cases, the nerves that feed your senses of smell, taste and even sight may be affected.

Dizziness following a whiplash is usually temporary and can be improved with chiropractic care. It is the result of injury to the facet joints of the cervical spine, but in some cases it may be due to damage to the brain or brain stem.

Despite the neck bearing the brunt of the damage, your low back can also be easily injured by whiplash, and this is reported by over 50% of those involved in rear impact collisions, and in nearly 75% of those in side impact crashes. Although the low back does not suffer the same extent of flexion-extension injury as the neck, it still experiences a great compression during the first two phases of the whiplash process.

Mild whiplash injuries treated correctly usually heal within six to nine months. However, 20% of victims will still be suffering pain, weakness or restricted movement two years after their accident, and it is likely that some degree of disability or pain will afflict theses people for many years more, if not for life.

Whiplash injuries need to be treated by specially trained professionals who know and understand the condition. The most effective treatment combines chiropractic care with rehabilitation of the soft tissues, and a self-care routine.

Chiropractic care involves the manual manipulation of the spine to restore normal movement and position to the vertebrae. This is the most important and effective treatment to ensure that whiplash damage is minimized. Your chiropractor may also use trigger point therapy, massage therapy, exercise rehabilitation, and other soft tissue rehabilitation treatments.

‘Soft tissue’ refers to anything in the body that’s not bone, so that includes muscles, ligaments, tendons, nervous system, spinal discs and internal organs. It is these soft tissues that are damaged most by whiplash, with the muscles, ligaments and discs taking the majority of the impact. Unless the correct therapies are used to stimulate healing, the result may be permanent impairment and disability. Treatments include trigger point therapy, massage therapy, electro-stimulation, stretching, and specific exercises to boost strength and range-of-motion.

How you behave outside the chiropractor’s office will significantly enhance or detract from the treatment given inside it. Your daily home and work routines must be guided by your recovery plan, so that the treatment sessions have maximum benefit. You should: apply ice packs, carefully limit daily activities, stretch, exercise, supplement nutritionally, and get plenty of rest.

Severe whiplash may require the input of a physician to complement your overall treatment. This may mean anti-inflammatory medications, muscle relaxants, trigger point injections, or even epidural spinal injections. The point of these is short-term pain relief; they are not intended as curative or long-term options. No drug will restore normal joint movement or stimulate muscle repair. Surgery may be necessary for a badly herniated disc, when a disc is impinging on the spinal cord, and in some cases of spine fractures.