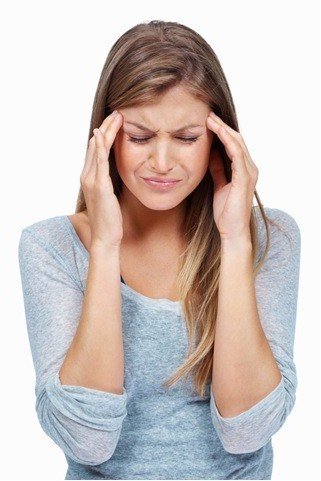 Everyone gets headaches now and then, and there are a wide variety of reasons why they might occur. But for some patients, these headaches are chronic, severe, or both, impacting their quality of life and becoming an obstacle to their ability to get through their day-to-day. If this describes the pain you feel as a result of your headaches, you may feel like you’re out of options that don’t involve invasive procedures or heavy medication.

At Advanced Spinal Care & Rehabilitation, our highly-trained specialists in Coshocton, OH are proud to offer conservative, non-invasive relief for migraines, cluster headaches, and other types of chronic head pain that can keep you from living your life to the fullest. Using a holistic approach to medicine, we’ll work with you to develop a custom, patient-focused treatment plan that works for your individual needs and goals.

Ready to find relief for your headaches? Now is the time to try something new. Schedule your first appointment with the team at Advanced Spinal and get started today.

Very few people avoid ever getting a headache, and they appear in many different ways. They may affect the whole head or just a part. They may be felt as anything from a dull ache to a sharp stabbing. They can last a few minutes or a few days. Some people feel nauseous, others don’t. Rarely do they indicate anything serious, but some do require urgent medical attention.

There are many reasons for headaches, including drug reactions, temporomandibular joint dysfunction (TMJ), tight neck muscles, low blood sugar, high blood pressure, stress and fatigue, but most can fit into one of two categories: tension (cervicogenic) headaches and migraine headaches. A third less common category is called cluster headaches, and is similar to the migraine.

These are the most common type, affecting around 75% of sufferers. They usually appear as a constant dull ache that affects one or both sides of the head, and some people describe them as the feeling of a tight band around the head or behind the eyes. They tend to come on slowly in the middle or toward the end of the day and can last anything from minutes to days, or occasionally months. Although the pain can be severe, there are not usually any other symptoms, such as nausea or vomiting.

As the name suggests, tension headaches are caused by stress, which includes bad posture throwing stress into the spine and muscles in the upper back and neck. In fact, the main cause of tension headaches is subluxations in these areas, especially the upper neck, combined with active trigger points. When tension causes the top cervical vertebrae to lose their normal motion or position, a small muscle called the rectus capitis posterior minor (RCPM) goes into spasm. This muscle has a tendon which channels between the upper neck and the base of the skull, attaching to the thin covering of the brain called the dura mater. While the brain itself has no feeling, the dura mater is very pain-sensitive and is pulled at when the RCPM goes into spasm, causing a headache.

Referred pain from trigger points in the sternocleidomastoid (SCM) or levator muscles are another major cause of tension headaches. These are located on the side of the neck and particularly affect those people who’ve suffered a whiplash injury.

Around 25 million people a year in the U.S. experience migraine headaches, 75% of whom are women. Migraines are characterized by intense pain and throbbing, often coupled with nausea and sensitivity to light or noise. Their duration may be a few hours to several days, and there is sometimes a precursory visual symptom known as an “aura” that alerts the sufferer to the coming attack. This aura may be experienced as flashing lights or a dream-like appearance to the world.

Migraines tend to run in families and sufferers usually have their first attack before they reach 30 years old. Apart from this, the experience varies, with some people having several attacks every month, others perhaps once a year. They may also become more or less severe as the sufferer gets older.

The process of a migraine headache is that the blood vessels in the brain firstly constrict, and then dilate. The constriction decreases the blood flow, causing the visual symptoms many people experience. Even if an aura does not occur, most sufferers know when a migraine is nearing. When the blood vessels then dilate, the rapid increase in blood pressure is what leads to the pounding headache, which thumps in time to the heartbeat.

Why exactly the blood vessels constrict is not fully understood, although several common triggers have been identified. These include lack of sleep, stress, flickering lights, strong smells, a change of weather, and certain foods – the chief culprit being the amino acid tyramine.

Cluster headaches are normally felt on one side of the head behind the eyes, and this is the only headache that usually occurs at night. They don’t normally last long, but they are excruciating. Around one million people in the United States suffer this type of headache, and, unlike migraines, more men than women are affected. They are termed cluster headaches as they tend to hit up to four times a day over several days. The good news is that another bout may not occur again for months or years. Cluster headaches are similar to migraines in that they are likely caused by a dilation of the blood vessels in the brain.

Chiropractic adjustments have been shown in many research studies to be very effective at treating tension headaches, especially those that stem from the neck. A 2001 report by researchers at the Duke University Evidence-Based Practice Center in Durham, NC, found that chiropractic manipulation provided almost immediate improvement, with far fewer side effects and more long-lasting relief than prescription medications. Another study found that just four weeks of chiropractic treatment was enough to provide a sustained benefit that far outweighed anything delivered by pain medication.

Each case is different and must be individually evaluated before any chiropractic care can be delivered. Having said that, the majority of cases are greatly improved by manipulation of the upper two cervical vertebrae and the vertebrae at the junction of the cervical and thoracic spine.

The suboccipitals consist of four small muscles that maintain proper movement and positioning between the first cervical vertebra and the base of the skull. Trigger points here cause feelings of pain inside the head from the back of the skull to the eye and forehead. The whole side of the head can hurt, much like the pain of a migraine.

The sternocleidomastoid (SCM) muscle runs from the base of the skull, behind the ear, down around the side of the neck, and attach to the top of the sternum. SCM trigger points can cause widespread problems, including dizziness, nausea, poor balance and visual disturbances. Pain is referred to the eyes, over the eyes, and sometimes earache.

The trapezius muscle is the large, flat muscle in the mid and upper back. One particular trigger point in the very top of the muscle refers pain to the temple and back of the head, often causing headaches. It may also create satellite trigger points in the temple or jaw muscles, leading to jaw or tooth pain.

We all know that emotional stress – depression, anxiety, frustration, disappointment – can be a trigger for headaches, but there are other causes, such as certain foods, odors, menstrual periods, and changes in the weather and air pressure. Even pleasant excitement can be a trigger for some people.

If headaches are a regular feature in your life, it is a good idea to keep a headache diary so you can determine which factors may be responsible.

Food triggers include those that contain nitrite compounds, which dilate blood vessels and can result in a dull, pounding headache and sometimes a flushed face. Nitrite is found in products like heart medicine, but is also used as a preservative in meat. Sodium nitrite in hot dogs and other processed meats should be avoided.

The amino acid tyramine should also be avoided, and can be found in foods such as ripe cheeses (cheddar, brie), soy sauce, chocolate, and any pickled or fermented food.

Monosodium glutamate (MSG) is another culprit, used again in soy sauce, as a meat tenderizer, and in many packaged foods as a flavor enhancer.

Some common household chemicals such as those contained in insecticides and cleaning products (carbon tetrachloride especially) are problematic. Lead as well can cause headaches, so avoid lead-based paints, lead batteries, and lead-glazed pottery.