Myth vs. Fact: The Truth About Concussions

Myth vs. Fact: The Truth About Concussions

At Advanced Spinal Care, we want to dispel some of the existing misinformation about how we understand and manage traumatic brain injuries. Here are the facts behind five common myths surrounding concussions. 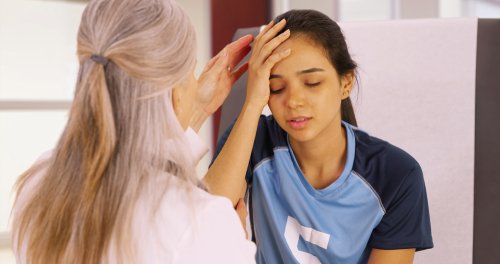 At Advanced Spinal Care, we want our patients to take concussions seriously and understand the importance of reporting them immediately to a medical professional. We also want to dispel some of the existing misinformation about how we understand and manage concussions. Here are the facts behind five common myths surrounding this condition:

Myth: Concussions only happen after a loss of consciousness.

Fact: Concussions manifest in a number of physical symptoms, sometimes without a loss of consciousness.

After an initial sense of dizziness, our patients who sustain concussions may also show any number of the following symptoms:

Myth: If someone has a concussion, you should wake them up every 20 minutes.

Fact: Rest is extremely important for your brain to heal after a concussion.

While a patient with a concussion should be woken up occasionally to gauge their behavior and cognitive ability, 20 minutes is entirely too short an amount of time for the brain to sufficiently rest. If you are monitoring someone with a concussion, wake them up once every 2-3 hours during at least the first 12 hours after their injury.

In addition, concussion symptoms in children can be longer lasting and more severe than those we see in adults. Any type of childhood brain injury - including concussions - can lead to an increased risk of mental illness and poor performance in school. In extreme cases, childhood brain injuries are associated with a higher risk of premature death.

In addition, studies of high school athletes diagnosed with concussion suggest that approximately 10% will develop post-concussion syndrome, which can affect a young patient for the duration of their life.

Myth: Symptoms of concussion are only physical.

Patients who sustain concussions, especially children, should always be monitored for symptoms beyond the physical, particularly those that are related to emotions, sleep patterns and memory. Mood-related symptoms of concussion sometimes include:

Sleep-related symptoms of concussion include:

Symptoms of concussion relating to cognitive function include:

Myth: After the initial moment of impact, there are no other complications to worry about.

While most people who have concussions recover quickly and in full, post-concussion syndrome (PCS) is a possibility that should never be ignored. PCS is a complex disorder wherein a patient continues to display various symptoms of concussion for weeks - or even months and years - after a head injury.

Symptoms of PCS can appear when patients are at rest, or they can be triggered by too much cognitive or physical activity. In these cases, people living with PCS often withdraw from social life and recreational activities, putting themselves at a higher risk for struggles associated with social isolation.

Remember: Concussions should always be examined by a doctor, as a medical professional is the only person who can truly determine the extent of a patient’s brain damage and clear them of further risks.

When a concussion is reported, treated and appropriately monitored, the likelihood of a full recovery can only increase. The team at Advanced Spinal Care is committed to responsible education about traumatic brain injuries, as well as providing the appropriate care and rehabilitation for those who have sustained them. If you believe you may be struggling with complications of a concussion, request an appointment with us today for a consultation at one of our offices. We serve patients out of Cambridge and Coshocton, Ohio. 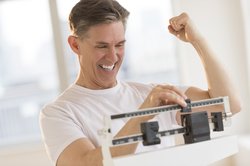